Bitter Melodies will post more artist lists in an attempt to provide more steady content, so first up is Roxy Music.

Few artists fit the label of glam rock better than Roxy Music. They rose out of this UK music scene along with Bowie, Sweet and Gary Glitter with stylish get-up and a peppy pop-rock sound. Unlike those acts though, Roxy Music was more comfortable in more oblique territory, rarely offering up obvious chart-toppers. All eight of their albums still cracked the top 10 in the UK album charts with their last two going platinum. They had 10 singles make the top 10 in the UK single charts with the John Lennon cover “Jealous Guy” going #1.

Roxy Music had just an 11-year career, but it can be broken up into 3 parts. The initial era is their first two albums (Roxy Music & For Your Pleasure), which featured Brian Eno as a synthesizer and sound specialist. These two are their most critically-acclaimed with the latter considered their magnum opus. In my opinion, the gap in quality of their first five albums is not obvious though Brian Eno made a significant difference on songs like “2HB” and “Virginia Plain.”

The second era is Roxy Music settling into their role as art/glam rock band legends with Stranded, Country Life, and Siren. Brian Eno’s absence did not deter the band’s M.O. of steadily pumping out artsy, anthemic jams. They’re all great front-to-back listens with some hit songs sprinkled throughout. “Love Is the Drug” from Siren dips into the budding disco landscape and was their biggest hit in the US. Bryan Ferry’s status as a lead man is emboldened by continually finding his distinct melodic lane within varying arrangements and paces.

The third era of Roxy Music is the most spotty but eventually culminates in their greatest work. The band took a four-year hiatus after 1975’s Siren and returned to a whole new pop landscape defined by extended dance mixes. Manifesto goes for that crowd with “Dance Away” (a #2 UK hit), but looking back, this track and practically the rest of the album falls flat. Flesh + Blood is even more disregarded in music critic circles, but its most notable work has stood the test of time. Roxy Music needed a remodel to win back those who had written them off, and Avalon proved to be the answer. The band’s new vision for pop was more ambient yet crisper in the ways that mattered. Avalon is so luxurious you expect a shoulder massage. The brilliance of songs like “More Than This” and “Avalon” spawned a sub-genre of art rock that has been coined sophisti-pop, where the saxophones are seemingly always played by angels.

Then the band was dissolved, and Bryan Ferry continued his solo career which had always run parallel to his Roxy Music output. Their influence was felt immediately, whether it was giving Brian Eno a platform to jump off with or in the wave of UK MTV acts like Duran Duran and Tears for Fears who were able to capture the zeitgeist with a bit of pretentious glam. Everything they accomplished in a short time — the big hits, great albums, glamorous album covers, fashion sense — lives on in any artist who wants to embark on the road less traveled. Here are their 15 best songs. 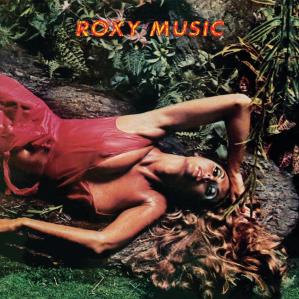