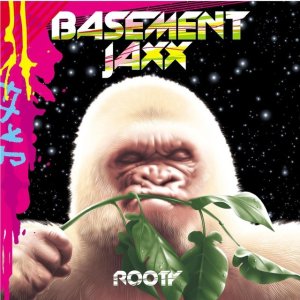 UK electronica at the turn of the century was popular — like, topping the UK singles charts popular. In 1999, Fatboy Slim, Armand Van Helden, Mr. Oizo, Shanks & Bigfoot, and Wamdue Project all went to #1 in the UK. That same year, Basement Jaxx released their debut album Remedy which featured two top-five hits. The next album though is their best and one of the greatest UK electronica albums of all time. Of course, calling an album full of blissful pop anthems “electronica” is a bit of a misnomer, and that’s always been the dilemma with Basement Jaxx. They’re too goofy to be embraced by the techno gatekeepers and too technically-savvy to attract a wide mainstream audience. Pitchfork originally gave it a 3.8/10, and an amazing song like “I Want U” only just passed 200K streams on Spotify. Basement Jaxx’s most popular song, “Where’s Your Head At?” is on Rooty, and on first listen, it can just sound like a dumb rave anthem that wouldn’t have a long shelf life. However, as with all things peak-Jaxx, you’ve got seemingly a million voices and sounds coming at you from all angles. It’s sensory overload in the best possible way. For synesthetes, this is music that fills the palette. — Andrew Cox

The genre of glitch music is about as niche as it gets for a standalone, decades-spanning sound. If you haven’t sought out this sort of music, there might just be two albums you really have to reference, if that. There’s Oval’s 1995 classic 94 Diskont and Fennesz’ Endless Summer, which doubles as one of the greatest ambient and experimental albums of all time. Endless Summer has also been described as electro-acoustic as Christian Fennesz’ guitar provides the melodic base for all the glitches and digital splicing to thrive upon. The music strums and gurgles, floats and overwhelms — all in all, it finds the necessary balance to bring such difficult music to a wide audience. It was Fennesz’ goal from the outset, disregarding the genre’s hardcore stance against melody and warmth by naming the album Endless Summer after a 1960s surf documentary. It’s music that breaks the rules to reach new heights. Out of any album on this list, this is the one that could be released today and not sound in the least way dated. And after going through a summer of national house arrest, music that embodies a disconcerting sense of warmth and free time felt more relevant than ever. — Andrew Cox

In 2001, rock had become slick and soft, and The White Stripes were markedly neither. In their third studio album, White Blood Cells, they presented a new version of an old world—a world in which they were its only occupants. White-pale country-bumpkins singing about love and betrayal, hope and paranoia. The sixteen songs are bursting at the seams with a raw energy, often sounding like they could fall apart completely at any moment, which makes sense, considering the entire album was recorded in less than four days. Being a teen at the time, it was hard to feel cooler than how I felt driving around in my ancient Volvo 240 to The White Stripes on blast. Their music came as a refreshing reminder that, sometimes, a guitar is not a lot more than a stick with a hole in it. — May Sembera 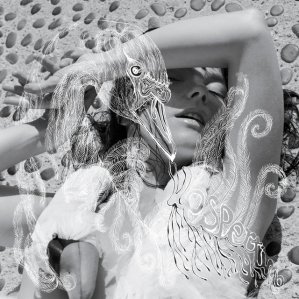 The word vespertine refers to something happening or related to the evening. While nocturnality persists throughout Björk’s discography, her fourth album is her most intimate and the one where it feels like she’s shed away any pressure to be anything to anyone but herself. Often, I have to remind myself “It’s Oh So Quiet” isn’t the name of a track on this album.

As always, at the forefront are her vocals, as warm as they’ve ever been, giving pronouncements like “I love him” and “It’s not up to you” a vitality on par with “Give me liberty or give me death.” The warm needs the cold to exist, and Vespertine is so perfectly chilling, there’s literally an interlude called “Frosti.” Not only that, but included in its exquisite production blend of art pop, folktronica, ambient, and techno are sounds of cracking ice and crunching snow. Nearly every song here feels like a potential showstopper, but Björk keeps giving us encores. — Brody Kenny

Olympia, Washington is a weird place. It’s a small town, home to experimental college Evergreen State, the capital, and little else. And yet, it’s a longtime crucible for underground music. Pioneers such as Beat Happening, Bikini Kill, and Modest Mouse all have their roots in the city, but none have sounded so downright Washingtonian as Phil Elverum and his lo-fi recording project The Microphones. In the year 2000, The Microphones recorded the masterpiece The Glow Pt 2, and redefined the ambition, scope, and textures of twee music for decades to come. Eschewing the realistic minidramas of typical twee, Elverum instead focused on wilder, magical imaginations of childhood. His abstract lyrics referenced large elemental forces: blood, thunder, the moon, “mountainous peaks.” His role in this is small and in awe of nature — like a child only beginning to understand his world.  It’s no surprise that the young emo-rapper Lil Peep would go on to sample multiple songs from this record. Sonically, things are analog. The guitars are warm and fuzzy, the drums are bashed and blown out, the structures are sprawling and epic in length. The influence of 90’s indie titans Neutral Milk Hotel is evident, but the feel is less biblical and more hearth-y. This record is so insular, so caught up in its own universe that it feels bizarre knowing that “The Real Slim Shady” would top the charts around the same time. This is a record for the introverted. For people who haven’t lost their sense of wonder. For people who want to start a band but don’t know anyone cool. For children of all ages. — Harrison Smith

The combination of Missy Elliot’s songwriting and Timbaland’s production gave us Miss E…So Addictive, an album to this day that remains sexy as hell. Porny moans had long been a part of her repertoire, but with songs like “Dog in Heat” and “Minute Man,” the sex motif was taken to a new level. The lead single, “Get Ur Freak On,” is a true banger, with sparse tabla drums, and rap verses disjointed by sung-out phrases. As opposed to Elliot’s previous two albums, her third studio album gave us more singing than rapping, and was less R&B than it was dance-rooted (as hinted at in the album artwork which heavily references club culture and its favorite drug). Throughout the album, our girl Missy sounds like she’s having the best time, and it’s hard not to feel that along with her. — May Sembera 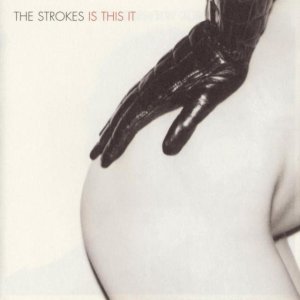 As someone who grew up in the mid-2000s, Is This It feels as timeless and solid as the streets of Manhattan. The Strokes redefined contemporary rock and roll in their own image, creating a new platonic ideal for generations of bands to come. Like a knife through gristle, The Stokes cut through the aesthetic overindulgence of the 90s. They reject the rural ugliness of grunge, the onslaught of nu-Metal, and the deafening effects of shoegaze in favor of unadorned melody and production. Julian Casablancas sings plainly of urban mundanities (“Why won’t you wear your new trenchcoat?”) and romantic trials (“Maya says I’m lacking in depth”), over guitars and drums that interlock with the efficiency of a well-played game of Tetris. Rarely has style and simplicity been married so seamlessly. Convincing someone that The Strokes made one of the most important records of the 2000s feels like convincing someone that drinking water is important. If you haven’t already drunkenly karaoked “Last Nite,” air-guitared the shit out of “The Modern Age,” or heard their more recent work on Tiktok, you might be living under a rock. If you have done so, consider giving this record another spin. This is IT– a rock and roll record that “ain’t wastin’ no more time.” — Harrison Smith

It’s often the case that a band will put out their best work toward the beginning of their career, and a discography’s later years will have less energy or heart—a formula has been set and followed, ideas are redundant, etc. Fugazi’s output, thankfully, went in a different direction. Almost 15 years into their career, they produced what has been heralded by many critics and fans alike as their best record. The Argument, their sixth and final studio album, is a genre-pushing, bar-raising, anti-war manifesto. They showed us that you can make an album with piano and cello, and still have it be unquestionably hardcore. It’s bracing, it’s intellectual, and I went through a period of listening to it so often, my roommates had to ban me from playing it in our apartment. — May Sembera

How many rap albums can be lip-synced front to back? For me, it’s Public Enemy’s It Takes a Nation…, a few Kanye albums, and The Blueprint. I don’t know if I can properly describe how Jay-Z’s lyrics are so memorable; it might be his knack to switch up his flow multiple times in the same verse. Just take one of the lesser-known tracks like “Jigga That Nigga,” and you’ll find an insane barrage of melodic couplets like going from “I just want to see what’s in your Frankie B pants” to “Top like a rock star, I got a fast car.” It seems innocuous on paper, but Jay-Z just knows how to say things; oftentimes, that’s all you need out of music. However, this album wouldn’t be considered one of the greatest of all time without the superb production of Kanye West and Just Blaze. Both producers utilize high-pitched soul samples to bring a classic, historical sheen to the entire album. The production and lyricism are A+ all the way through, and Jay-Z knew he didn’t need much help (Eminem at his peak is the only feature). Without The Blueprint, Jay-Z doesn’t really have the album that all GOATs must have. — Andrew Cox 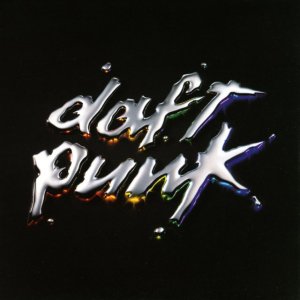 As I write this, one month has transpired since the legendary French house duo Daft Punk ceased to exist. Fortunately for us, their records live on. Discovery, their sophomore effort and finest record, took the playful and raw palette of their debut Homework and blasted it into the stratosphere. With Discovery, Daft Punk became a multimedia project, fusing their house music with anime-inspired visuals, robotic costuming, and concept-driven lyricism. They created a vision of the future that was not only technologically dominated and alien, but deeply emotional and most importantly, fun. Take for example “Harder Better Faster Stronger.” Baroque counterpoint, bubbly synthesizer squelches, and funky vocoder chops combine to create a joyous celebration of movement, creation, and effort. A dread-filled lament of industrialization this is not; Daft Punk embody an optimism about the future that is rarely seen nowadays. The naïve optimism expressed throughout this record occasionally verges on the heartbreaking. Whereas Homework displayed Daft Punk’s punk side, Discovery showcases their daftness. Oxford English Dictionary defines daft not only as “naïve,” but as, more importantly, “infatuated with.” Discovery is Daft Punk’s silly little love letter to the new millennium. — Harrison Smith