With twenty years of hindsight, it’s safe to say that 2001 was one of the greatest years in modern music history. Upstart artists in the late ’90s peaked with seminal albums; artists that dated back to the ’80s still carried on their unique talents into the 21st century with some being better than ever; two rock bands in particular broke through with their best albums and would be the most influential and beloved acts for an entire generation or two. It was the year we partied hard, didn’t write ourselves off yet, got our freak on, and got it percolatin’. We also sailed across the sun, made it to the milky way, fell from a shooting star, and got our mind blown by Venus….ok, maybe not (look, Train’s “Drops of Jupiter” might be more popular than any song from these albums if we’re being honest).

Anyway, here are the 40 best albums from this year with writing help from the contributors below.

System of a Down’s second studio album, Toxicity—a nu-metal album featuring sitar, banjo, and Greek Music—made the improbable ascent to the Billboard 200 within the first week of its release. The Armenian-American outfit had been keen to incorporate more melodies, softer moments, and harmonies than before, and would often listen to The Beatles as inspiration during this round of recording. The songs were political, but also avoided a total self-seriousness with titles like “Chop Suey!” and lyrics like “Pull the tapeworm out of your ass!” Because of this, their listeners could choose to embrace their messages on police brutality, the environment, and treatment of addicts…or, the songs could simply be used as a conduit for angst. Being a kid at the time, I fell into the latter group and felt this album paired well with a strobe light. — May Sembera

Instrumental hip-hop doesn’t have the same prestige now as it did in 2001. This is still a time when the proper follow-up to Endtroducing… from DJ Shadow was highly anticipated (The Private Press would come in ’02 to middling acclaim). Since J Dilla’s Donuts in 2006, there haven’t exactly been many popular well-received instrumental hip-hop albums; Clams Casino’s Instrumentals comes to mind. Guillermo Scott Herren (yes, real name) was influenced by the DJ Shadow mindset that big drums and a few laid-back samples will take you far. By the time his first album as Prefuse 73 came in 2001, Herren had already recorded under two different aliases (Delarosa and Asora/Savath & Savalas). While those releases carried more ambience and a lo-fi quality, Vocal Studies + Uprock Narratives effectively took the training wheels off with more bombast and frenetic vocal splicing on songs like “Point to B” and “Living Life.” Herren even explicitly makes fun of popular hip-hop with “Cliché Intro” much like DJ Shadow’s “Why Hip-Hop Sucks in ’96.” His next album, One Word Extinguisher, is more popular and well-received, but it still essentially follows this template even if it expands upon it. — Andrew Cox 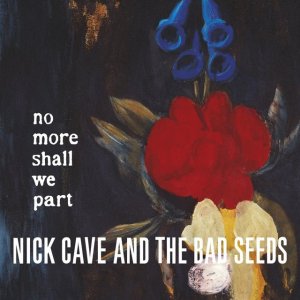 Who would’ve guessed that nearly forty years after Nick Cave’s debut album From Her to Eternity that he would be still be widely considered at the top of his game. Seriously, he has seventeen albums with the Bad Seeds now, and 2003’s Nocturama is the only one not considered at least really good (he would respond the next year with arguably his best of all). No More Shall We Part came at this point in the longest album gap of Cave’s career coming four years after The Boatman’s Call, and he returned almost fully embodying an elder statesman of rock mentality in his performance and instrumentation approach. His vocal range is wider and he almost never leaves the territory of piano ballads and string arrangements (they rock out a bit on “Oh My Lord”). If I’m being honest, this Cave album is middle of the pack in his discography for me; the point is that his discography is just that good. — Andrew Cox 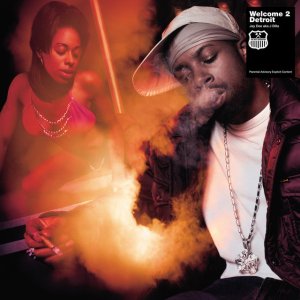 The legacy of J Dilla is much greater than two studio albums (discounting posthumous releases), but if you want to oversimplify his discography, that is the extent of his full-length solo releases. In the early-’90s, J Dilla met Amp Fiddler who played with Funkadelic at the time. Fiddler introduced him to Q-Tip in ’94 and from there he was producing and remixing for some of the biggest names in music (A Tribe Called Quest, De La Soul, Busta Rhymes, Janet Jackson, etc.). He left his group Slum Village to go solo in ’01 and Welcome 2 Detroit was the result of that. His debut bears his trademark of soulful samples and the crisp, full percussion that was all over the neo-soul/Questlove sound of the time. For those that know J Dilla only from Donuts, it’s important to know that these two albums are completely different. While Donuts can be grouped in as plunderphonics (instrumental music purely constructed by samples), Welcome 2 Detroit is a full-fledged rap album with features on almost every track. The glue is J Dilla’s beats, which you almost forget are programmed; songs like “Rico Suave Bossa Nova” and “African Rhythms” just sound like a full live band coming through the speakers. Nope, that’s just J Dilla. — Andrew Cox 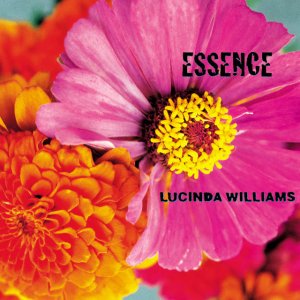 Lucinda Williams has a knack for serving up gnarly, gravelly, dive bar at nine PM infused rock songs. Essence takes this approach to a new level, with many moments accessing a softer side of Williams’ instrumentals. Essence finds the beauty in lingering and slowing down, reflecting on the quieter parts of life. “Reason to Cry” explores a different musical angle of heartbreak for Williams. This one veers into ballad territory, with a confident, bold moment of laying your heart on the line. It’s even something Lorelai Gilmore could have sang at karaoke night, and she still would have made the whole bar feel something. The title track perfectly captures the pain of longing for love, while also employing Williams’ alluring brand of part blues, part country, rock. Throughout Essence, Williams paints a landscape of intense love and reflects on what she has learned, infusing it into her songs with a new perspective. — Virginia Croft

Slowcore might’ve peaked with this album. If you don’t know what subgenre that refers to, it essentially means downbeat, minimalist indie rock associated with ’90s acts like Codeine, Duster, and Low. Now, Low have called the term cheesy, but it does explain the goal of their approach for newcomers. The opener “Sunflower” is easy to grasp and one of the brightest melodies in their discography, but by “Whitetail,” listeners who aren’t fully invested might not get the point of the repetitive bleakness of it all. Things We Lost in the Fire takes dedicated, patient ears which, in the age of all music in the world being a click away, might be harder to train yourself to have. It’s music that won’t kick your teeth in but will grind away at them in five-minute intervals until you’re just all gums. — Andrew Cox

Some necessary nuance is finding its way in conversations on country music in indie music circles. For much of the 21st century, country and bluegrass music has been pushed aside critically for less traditional music; there’s some merit to that approach still, but the blanket approach has kept some great artists out of the spotlight. Kacey Musgraves’s Golden Hour might have blown that all up, and now, Miranda Lambert, Sturgill Simpson, Hurray for the Riff Raff and others are receiving more love. That also goes for the alt-country acts of previous generations like Lucinda Williams and Gillian Welch, who both appeared in Rolling Stone‘s updated list of the 500 greatest albums of all time. Welch’s style is about as straight as traditional country can get — no pop flares, screeching electric guitar, thundering drums, etc. It’s music that sits beside you on a rocking chair on a July morning or explicitly with the live recording of “I Want to Sing That Rock and Roll” at the Ryman, like tuning into the old Opry broadcast. — Andrew Cox 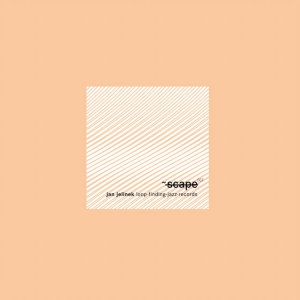 Jelinek in a 2017 feature for Resident Advisor said, “I don’t even see myself as a musician…First I have a concept and then I try to work on that.” That type of quote coming from a different artist would make you roll your eyes, but Jelinek’s process over the 20+ years adds credence to that statement, especially when diving into his only well-known classic. Loop-finding-jazz-records is made with an Ensoniq ASR-10 sampler; I’m not going to pretend to know what makes this instrument unique, but in using it, he constructs short samples from ’60s/’70s jazz records and processes them until they’re glitchy, texturally-rich IDM beats — in other words, complex minimalism. The drum beat in a song like “They, Them” sounds like someone softly tapping your forehead. The most dance-centric song on the album “Tendency” is about as tightly-constructed and muted as IDM can get before it’s imperceptible as anything you could possibly move to. A song like “Moiré – Strings” is almost designed to madden the listener in its copier noise-like loop. It’s always technically-stunning music and certainly one of a kind. — Andrew Cox

32. Unwound – Leaves Turn Inside You

By the time Unwound was ready to record their 8th studio album, the Kill Rock Stars band had aged a bit. With their fanbase solidly behind them, they knew they could take their time recording their final album. And they did, going as far as building their own studio solely for the task. A new version of Unwound emerged after three years; slightly more sophisticated, and with instruments like harpsichord and slide guitar, a little more strange. The band went out with their most melodic album to date, but still managed to touch on their post-hardcore origins. With its mesmerizing spaciousness, Leaves Turn Inside You makes a good soundtrack to a long drive. Whenever our band’s bassist wore his Unwound t-shirt on tour, the chances of us being comp’d something from our diner bill would increase twofold. — May Sembera

On Death Cab for Cutie’s third album, the band hits a new stride, pulling back the curtains on any cynicism they were trying to hide. There is an omnipresent tone of over-it-ness throughout The Photo Album. On “Blacking Out the Friction,” frontman Ben Gibbard sings, “I don’t mind the weather / I’ve got scarves and caps and sweaters / I’ve got long johns under slacks for blustery days.” In a cheeky way, Gibbard rolls his eyes at the forecast, putting up with whatever he has to, because he has to. It’s a brash way of saying “I can handle that, I’m dealing with worse now anyway.” On “Why You’d Want to Live Here,” Gibbard takes a punch at the city of angels, singing, “I’m in Los Angeles today, garbage cans comprise the medians of freeways always / Creeping even when the population’s sleeping.” By holding back nothing, the band paints a relatable backdrop for their listeners. Gripes about weather and complaints about traffic are everyday, every-people things. It’s just a bonus when Death Cab for Cutie adds their brand of indie rock to back it up. — Virginia Croft