“Hunter” is our intro to Björk’s new icy terrain of Homogenic complete with strings, digitized percussion, and lurching, sinister keyboards. You can feel her ready to pounce, but you can also hear the conflicted nature of her mission amidst the loneliness involved.

Wowee Zowee is some fans’ favorite Pavement album, and its certainly their fullest statement without obvious singles dominating the narrative. If you have to pull one song out, it’s “Rattled by the Rush” with its big chorus and their best guitar solo to match.

Give him a good beat, and he’ll knock it out the park. That was 2Pac throughout his whole career, and on “I Get Around,” he takes a big step back lyrically to let the beat do the talking. 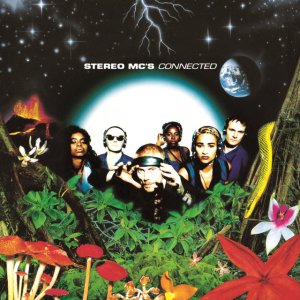 The only major hit from Stereo MC’s remains one of the greatest production feats of the ’90s. The “Hey-ay-ay” is mixed down low enough to stick in your head but not annoy the hell out of you. Voices and horns go in and out like a classic Sly and the Family Stone joint. 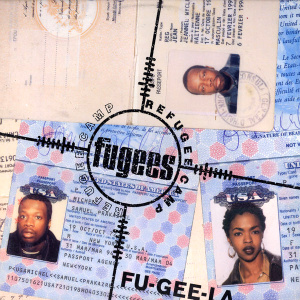 The Score was the second and last Fugees album, but it’s also really where their story starts. This lead single is the best display of all three members’ strengths and ability to blend 30+ years of African American musical trends into a new brand of pop that few could replicate. 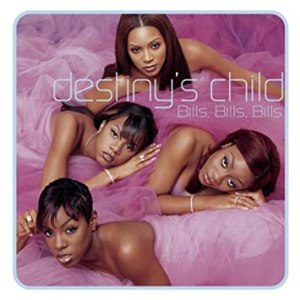 This is Destiny’s Child’s and Beyoncé’s first #1 hit and was produced by She’kspere who worked on “No Scrubs” earlier that year. 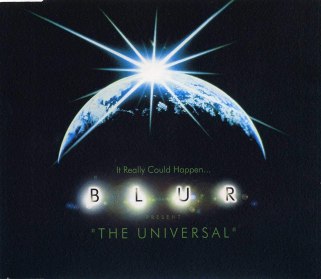 This is still the Blur song that’ll hit you the hardest. The Clockwork Orange-inspired music video furthered the song’s odd, out-of-left-field style. Even able to outsell Oasis at their height, Blur proved they weren’t so “universal.”

Spice Girls were made to challenge the British boy bands in the mid-’90s; anybody in America know East 17 or Take That? It’s safe to say Spice Girls changed the pop world with this debut single. Nobody was bigger in the UK, and the US took note by circling back around to some Mickey Mouse Club members for the future of pop music. 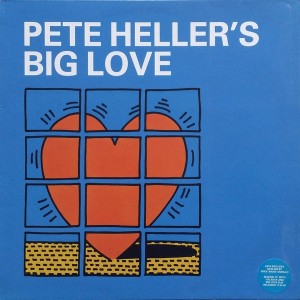 According to Billboard, this was the biggest dance hit of the last year of the 20th century. The song stands side by side with Daft Punk’s material for making warm, earnest electronic music “cool” again for the upcoming century.

When you search for Pavement’s best material, you look for where Malkmus stumbles upon some humanist beauty amidst the slacker irony. “Shady Lane” has the best examples: “You’ve been chosen as an extra in the movie adaptation of the sequel to your life” and “Oh my God, Oh your God, Oh his God, Oh her God — it’s everybody’s God.” 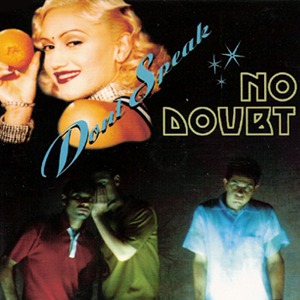 No Doubt’s signature song sounded little like the Ska Punk scene they led into the mainstream and was instead a go-to breakup song with some of the most beautifully simple guitar playing to open the song.

The Geto Boys’ classic has forever become the Office Space printer scene song, but of course that limits the song’s power to its supposedly-simple title. The last verse features “a word from the President” and makes it clear that there’s great responsibility in being a “gangsta,” and you have to wield that power with a sense of morality:

“To all you Republicans that helped me win

‘Cause now I got the world swingin’ from my nuts

Damn it feels good to be a gangsta” 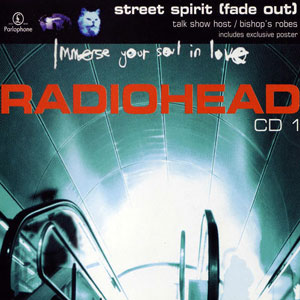 The Bends is tied to the Britpop scene like no other Radiohead classic, and its closer “Street Spirit (Fade Out)” is the clearest example that they would stunningly break free of that label and keep defying expectations.

If you’re looking for great music that is inspired by or inspired video game soundtracks, Aphex Twin has some choice cuts with this Richard D. James Album cut being chief among them. He tones down his breakbeat experimentalism for some mellow synths while maintaining his dense playfulness.

This is the defining Tricky song because it displayed a clear split from the Portishead/Massive Attack pop structures that kept them mainstream. “Christiansands” is difficult and off-putting — “I’ll master your language, and in the meantime, I’ll create my own.” Indeed, he did. 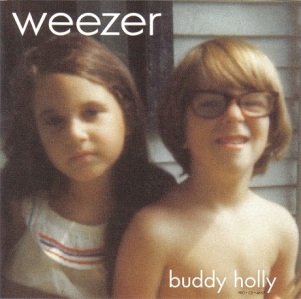 For the revival of power pop on the charts, one man had to produce: the late great Ric Ocasek of the Cars. Ocasek pushed for Weezer to include this despite Cuomo’s fears of it being cheesy. This song — plus the classic music video from Spike Jonze — made them icons.

ODB’s last single was his most pop-friendly with a stellar hook from up-and-comer Kelis’ help. Still, his eccentric style pushed through turning a standard rap-pop tune that could only come from him.

Harvey’s rarely made anything less-than-great, and her debut single set that high standard from the start. The song features a woman trying to impress a woman with a dress only to have him not care. Do things for yourself first, Harvey says, and it signaled that she would be a one-woman wrecking crew for years down the road.

It’s always hard to listen to this without choking up. From early single “Brenda’s Got a Baby” to here, 2Pac conveyed a deep empathy for disadvantaged women in his songs. “There’s no way I can pay you back / But my plan is to show you that I understand.” 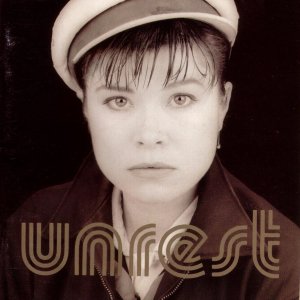 Unrest never got their time in the sun, but this song has made the rounds as a ’90s hidden gem with its pleasant blitzkrieg of guitars and simple melody of “You were the first one.”

“Friday I’m in Love” is the biggest ’90s Cure song, but “A Letter to Elise” is the most powerful. As the last single from Wish, it acts as a grand farewell to one of the greatest 15-year runs of any band in music history.

Violator‘s singles were Depeche Mode’s peak as they ratcheted up their sonic ambition to fill out larger venues and play in the US dance market. The 7-note hook here is an absolute barnburner of synthesizer and guitar.

Pulp existed before Britpop, and their early-’90s work displayed the melting pot of New Wave, jangle pop, and other British rock trends into this broad label. “Babies” is the best of this material with a complex story of teenage angst and hiding in closets.

Everyone seems in agreement that this is the best Goodie Mob song and therefore, one of the first classics of Atlanta’s burgeoning scene. Cee Lo stands out here as a rapper ready to burst into a vocal run with every line.

Kim Gordon became fascinated with LL Cool J, which inspired this mainstream breakthrough for Sonic Youth. Gordon wanted to carry an uzi in the music video to poke fun at the white leftist tendency to fetishize Black radicalism; it was shot down. 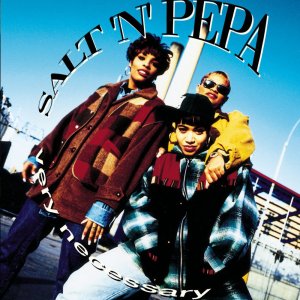 Linda Lyndell’s “What a Man” from 1968 was perfectly fine, but Salt-N-Pepa weren’t on it, and that needed to change. The song is practically a cover with En Vogue singing the chorus, and Salt-N-Pepa providing a modern rap update by detailing men who were worth a damn in their eyes.

From its black-and-white cover to its concise 6-track runtime, Spiderland is a singular post-rock classic that hasn’t been topped. The guitar and drum playing is bleakly practical, never attempting for flashy displays of skill. This closer has brief eruptions as if they’ve been stifled for the last half hour.

This is sonically one of O’Rourke’s most accessible songs, but the lyrics tell a different story. The narrator preys on disabled women for his sexual fantasies; what could’ve been gentle is weirdly disturbing.

Jackson’s eighth #1 hit is a tribute to AIDS victims around the world and what could’ve been a sappy ballad is refreshingly a dance hit filled with hope and joy. 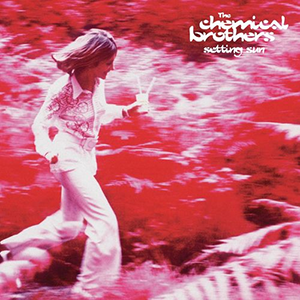 The Chemical Brothers’ bombastic style hasn’t aged well, but for one song, the psychedelic/big drum aesthetic hued closer to Revolver than “Smack My Bitch Up.” It’s odd that Gallagher wanted to be involved in something where he was allowed to be overwhelmed by the production, but maybe it checked off some type of Lennon cosplay box. 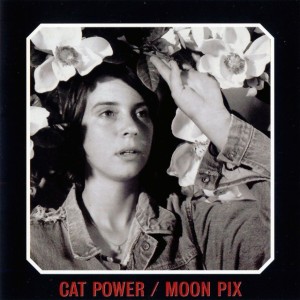 In the fall of ’97, Chan Marshall didn’t know if she would keep making music, but after a nightmare, she got up and recorded demos of almost half the album that would become Moon Pix, her first classic. “Cross Bones Style” was among them and was fleshed out by the instrumental rock group Dirty Three.

Gang Starr and DJ Premier were put off by the soul-selling it took for success on mainstream charts, and they recorded down their thoughts on “Mass Appeal.” The song was their biggest hit and got them closest to the ‘mass appeal’ they railed against; they were doing it the honorable way though. 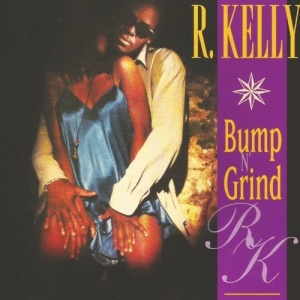 I know — it’s hard to even praise someone this despicable, but the story of ’90s R&B is kinda hard to properly honor without mentioning maybe its most exciting, popular male artist at the time. “Bump n’ Grind” was one of the biggest R&B songs of the ’90s staying 12 weeks at #1.

Even with its short runtime, this might be the biggest song on Either/Or in terms of arrangement. After a short intro, the drums kick in with a ferocity that Smith’s aesthetic didn’t normally call for.

This When the Pawn… single runs on the classic Fiona Apple style of seeming rudimentary until you remember she’s one of the greatest lyricists of our lifetime. She pins her hope on a dove that turns out to just be a paper bag in the first verse, and then in the second verse, the dove becomes a man who turns out to just be a little boy.

Beastie Boys might be the most beloved rap group of all time, but the charts didn’t reflect it. They only had three top 40 hits, and “Intergalactic” was the only one from the ’90s. The group and Mario C. sampled some cartoonish ’80s music from The Toxic Avenger and From Beyond to create the vibrant sci-fi classic.

Indie rock has caught up to Liz Phair’s Exile in Guyville. On songs like “Fuck and Run,” Phair cared about what has happening in bedrooms across America and made it sound like she was singing from her own. You can hear that same energy in acts like Snail Mail, Soccer Mommy, and countless others today.

It was difficult for Daniel Johnston to make a “proper” album. His mental health wouldn’t hold up for long studio sessions, so an album like 1990 had to be compiled with live recordings and home demos. The album features his two most popular songs: “True Love Will Find You in the End” and this. His childlike melodies and simple playing touched the hearts of everyone who’s come across his stunning discography. 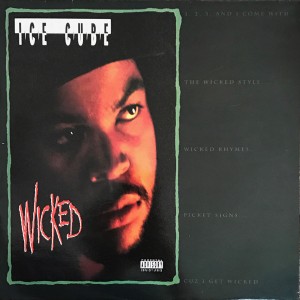 In popular culture, Ice Cube has been reduced to a simple narrative: 1.) N.W.A., 2.) “It Was a Good Day,” 3.) movie career. His solo career and specifically his first three albums is one of the most impressive of any rapper in the ’90s. The lead single for The Predator is one of his hardest tracks with a crazy ragga-funk hook from Don Jagwarr.

2Pac didn’t invest too much into pop hooks, but by All Eyez on Me, he was turning into a star embracing R&B trends. He recruited the lead singers of Jodeci to craft the most dynamic hook of 2Pac’s career.